Nor was concealed radio activity by Signal Corps men in the Philippines
confined to the guerrillas.  There was at least one incident of it in prison,
involving a radioman, William D. Gibson, who had received his commission
as a lieutenant in the Signal Corps only a few hours before the fall of Corregidor.
A former U.S. ham working in Manila as a civilian radio technician, he had
offered his services to the Army on Corregidor after the enemy invasion began.
But his commission had been delayed till the last hours of his freedom because
the medical officers, busily treating wounded men, had not given him the required
physical examination.  Subsequently, a prisoner in the Cabanatuan concentration
camp, he came into the possession of a 1-tube regenerative radio receiver improvised
by an officer of the Engineer Corps, Capt. Russell J. Hutchinson, who had built it of
scrap parts and placed it inside a GI canteen.  Hutchinson, on being shifted out of the
prison, left it with Gibson.  But the set no longer worked.  Its single amplifying tube,
a 12SK7, had burned out. Obtaining a different type of amplifier tube, a 6J7, stolen
by an American sailor who had a prison job in a Japanese shop, Gibson, rewired the
set to accommodate the tube; a cauterizing iron from the prison hospital served as
a soldering iron.  Looking like any ordinary canteen, the radio was kept hanging
at the lieutenant's bed. Japanese inspectors passed it by, suspecting nothing.
Its antenna was a No. 22 wire woven inconspicuously into a rope clothesline.
Only the headphones had to be secreted separately. The prisoners furtively
operated the receiver in the evening, using battery power, which was available
in the prison hospital.  The little set brought in radio programs emanating from Siagon,
Tokyo, and San Francisco.  Best of all was the Voice of Freedom broadcast from the
Apache after the Leyte Campaign began.  This treasured radio receiver was left behind
when the lieutenant, suddenly freed with other prisoners departed in the pell-mell of the
daring Cabanatuan raid, 30 January 1945. 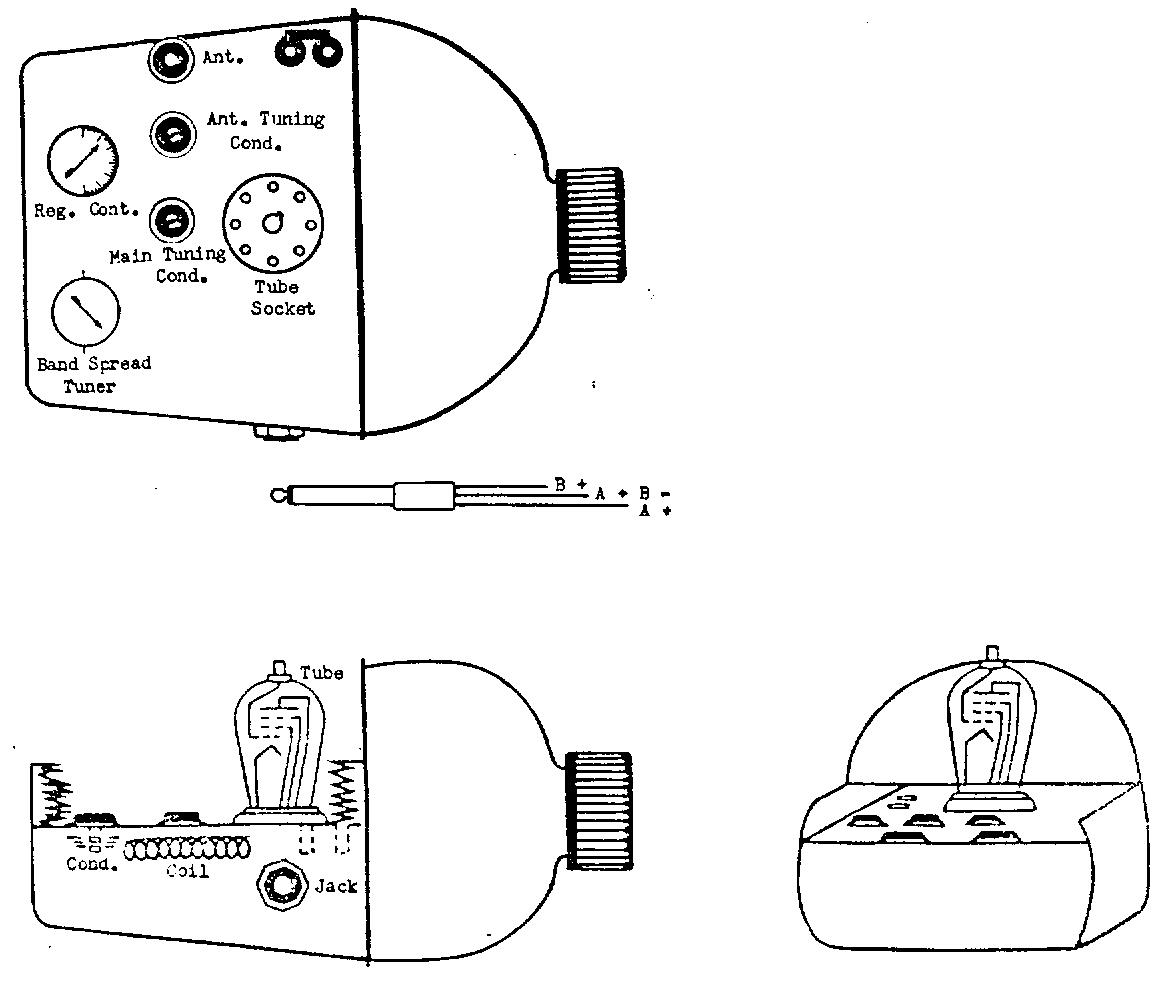 
Here's my reproduction of the radio.  I was suprised that the 12SK7
fit across the narrow dimension of the canteen.  I used a
straight-forward regen circuit with a tapped coil and antenna coupling
via a trimmer cap.  It tunes about 5 to 12 MHz.  A circuit of this sort
will work with as little as 12 volts on the plate.  The standard canteen
cup covers the opening when it's in the cover.  When you pick it up it
just feels like a canteen. 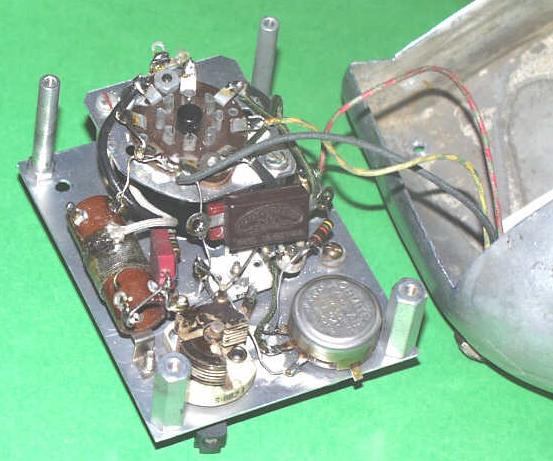 A few of the components are of post-WWII manufacture, but they're not too far off from what
would have been available.  The front panel layout from the drawing pretty much forced the internal
construction and circuit. Any "radio bug" from the thirties would have had a similar hookup memorized
I suspect the original was built during the siege before they were captured. 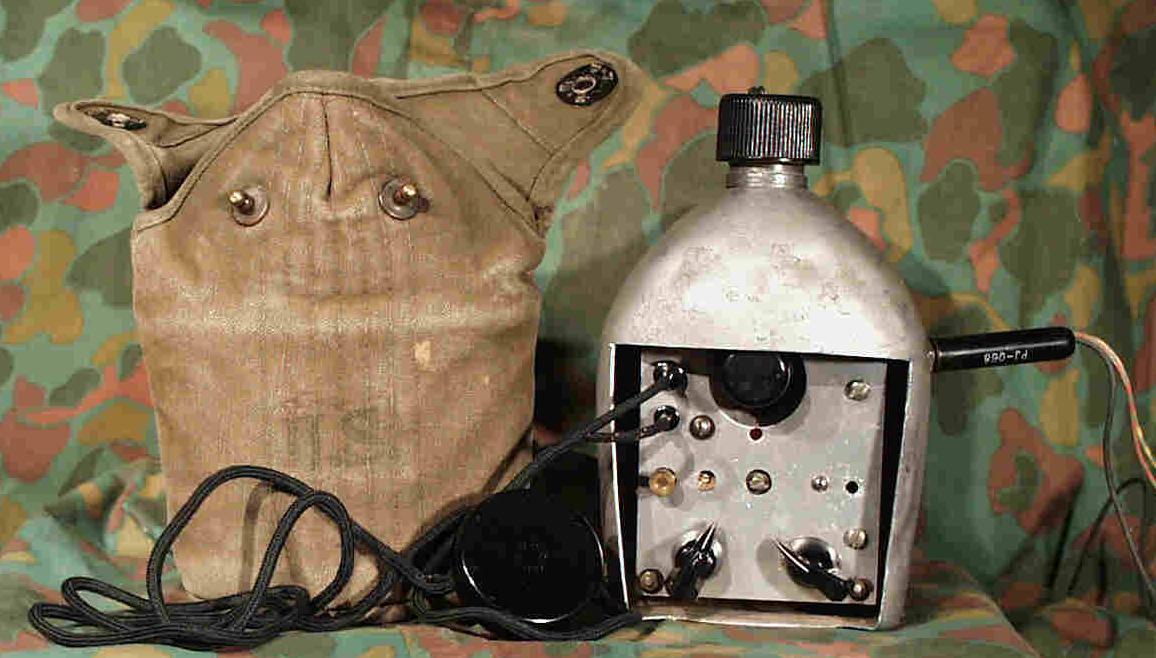