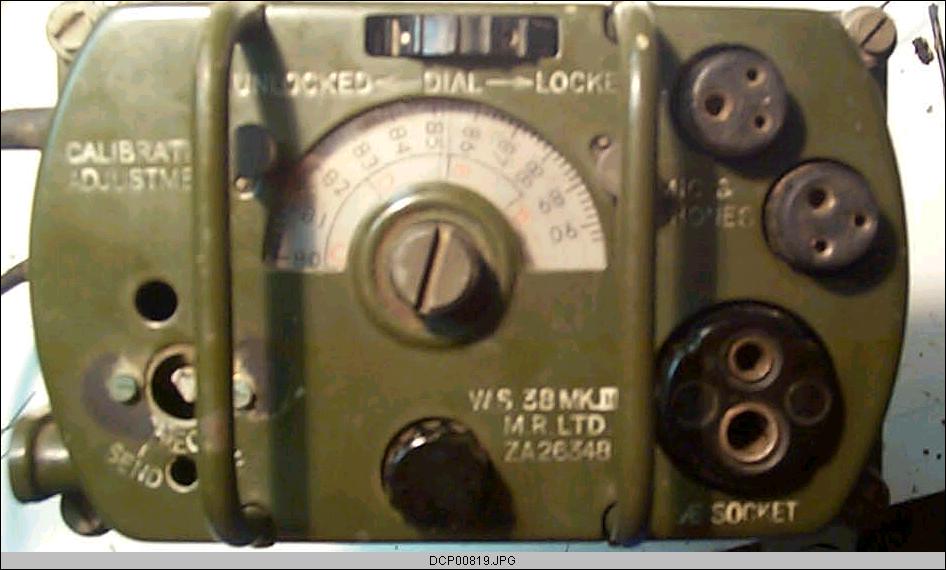 This is the WS 38 MKIII.
It is a 7 to 9 Mhz Transceiver that puts out 120 MW.
Originally made in the Mid 40's for the Military. It was
battery operated and made very well. The whole radio is smaller than a tissue box.
This unit was found in Australia at a swap meet.

The Radio is British and uses 4 HF Pentodes and one Transmitting tube.
This poor radio had all of the tubes but alas the filaments were gone.
I managed to find stock of tubes in the UK and had them shipped out.
They were not cheap but as they are hard to find well worth the price of $180 AUD.

The Restoration
Well while waiting for the tubes to arrive I began the search for a schematic for the WS38.
After searching the Internet I found that there were not very many references to the WS 38
and none to the MK III. I found a Gentleman in Italy who sent me a schematic of the radio.
Although the schematic was great the text was in Italian so some interpretation was needed.
After brushing up on my Italian I managed to work out what this radio should do and how it
functioned electronically.
Well after powering the radio up for the first time on a variac power
supply I noticed that there was a lot of current drain. I looked around for some electrolytic
capacitors as they are the main source of radio problems with this vintage.
I found TWO and you can see them in the picture bellow. They are dated 1944 and 1945.
No wonder they did not work. I also found that for some reason one was in backwards.
I replaced them and started the radio again. This time I noticed that the resistor that bleeds the
-150v rail to ground was getting very hot. I started to look at the other Wax caps and noted that some
of these were hot as well. Time to change them all. I replaced all of the wax Axial caps and powered up.
This time the current drain was much lower. I plugged in the headphones and stations appeared.
I then tuned my Yaesu to 7.348 and pressed the transmit button. What do you know It transmits as well.

Some of the capacitors that I removed from the radio.

After the bench tests with the mains power supply time to try batterys.
I created a battery supply from two 1.5v D cells and 14 9v cells.
This works very well and the consumption is acceptable.


The insides
The radio top View of the chassis 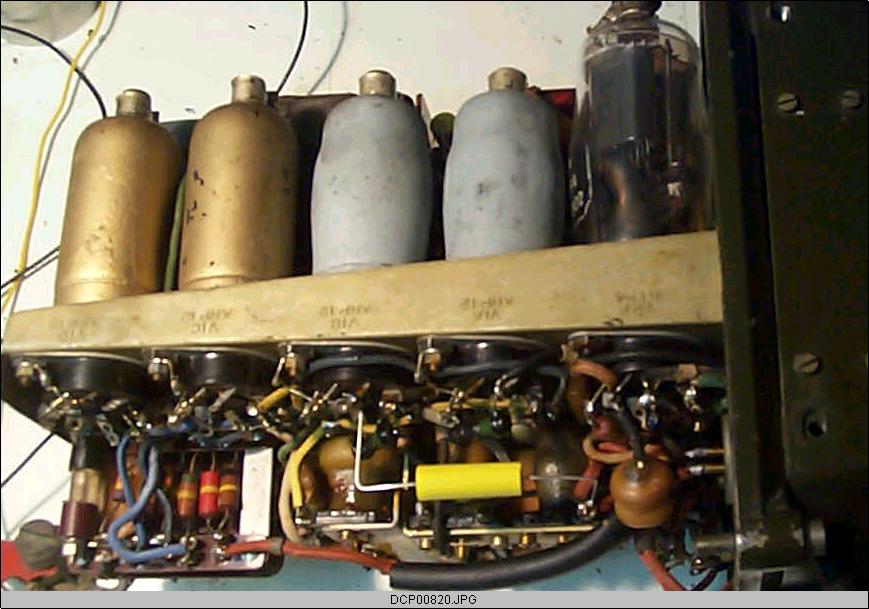 Left view of the chassis 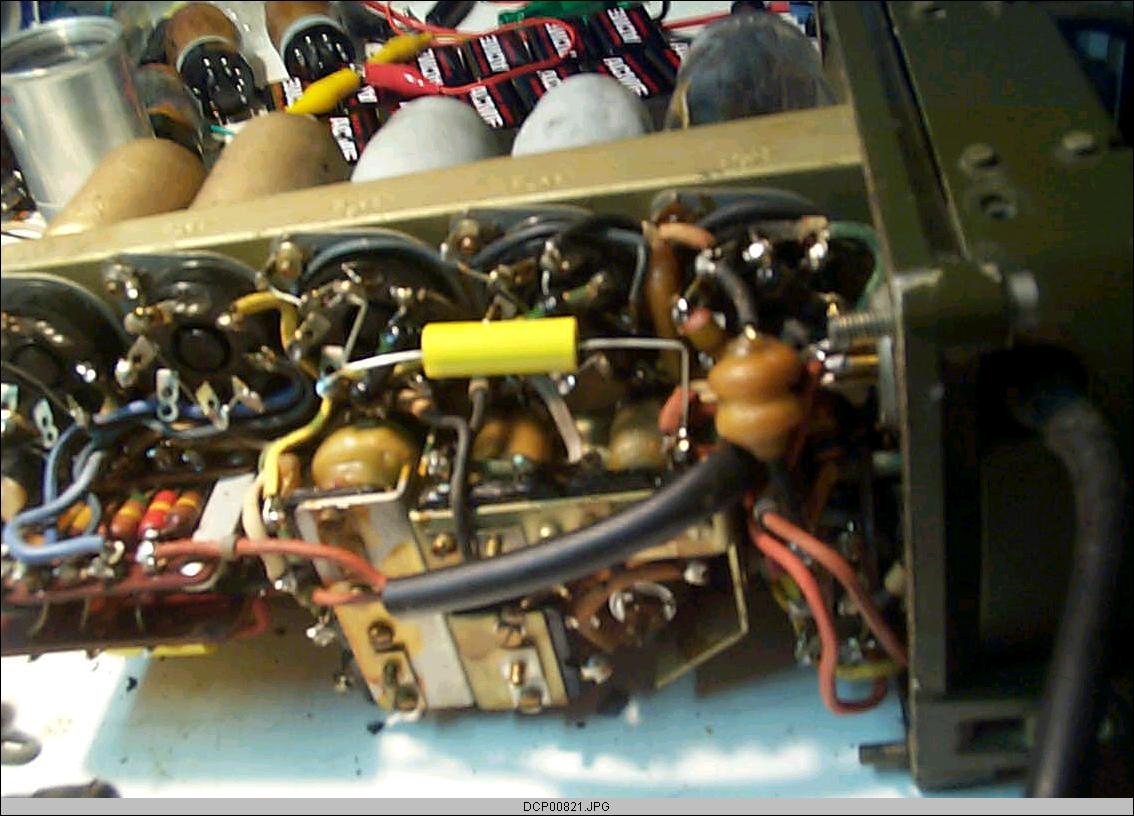 Looking down from the top notice the resin covered module. 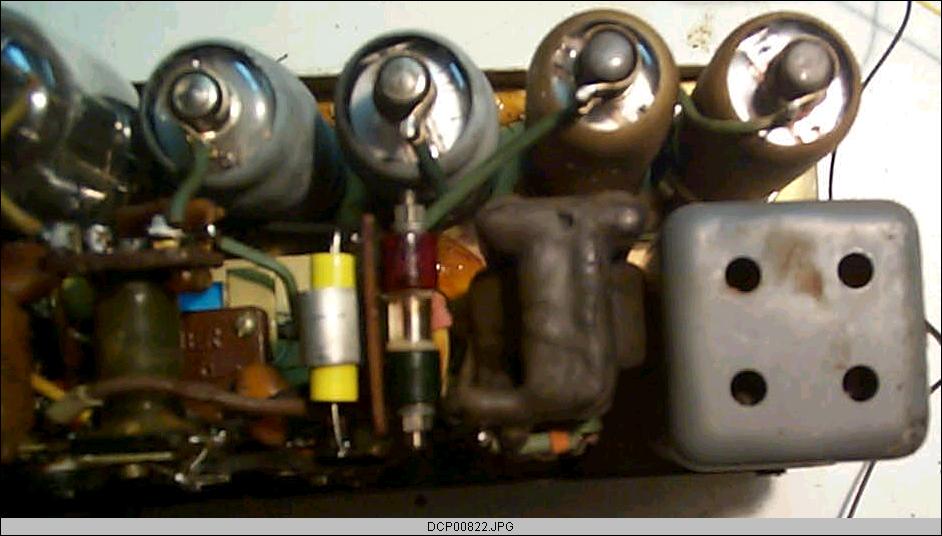 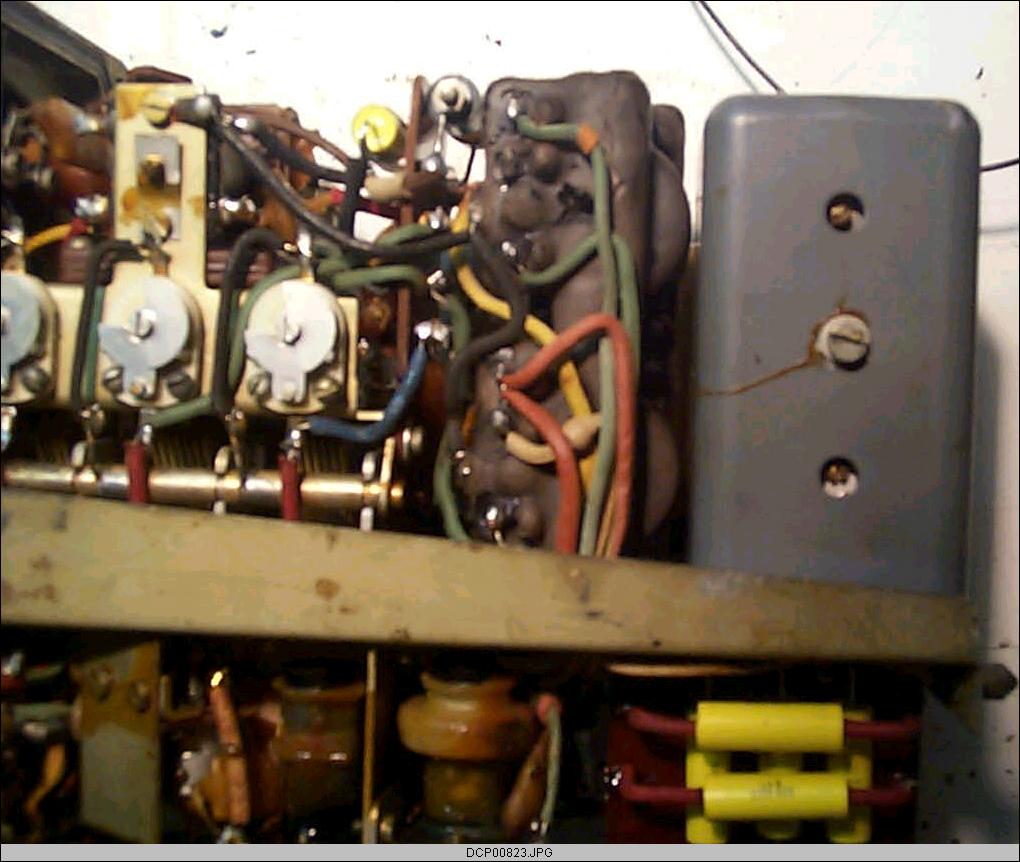 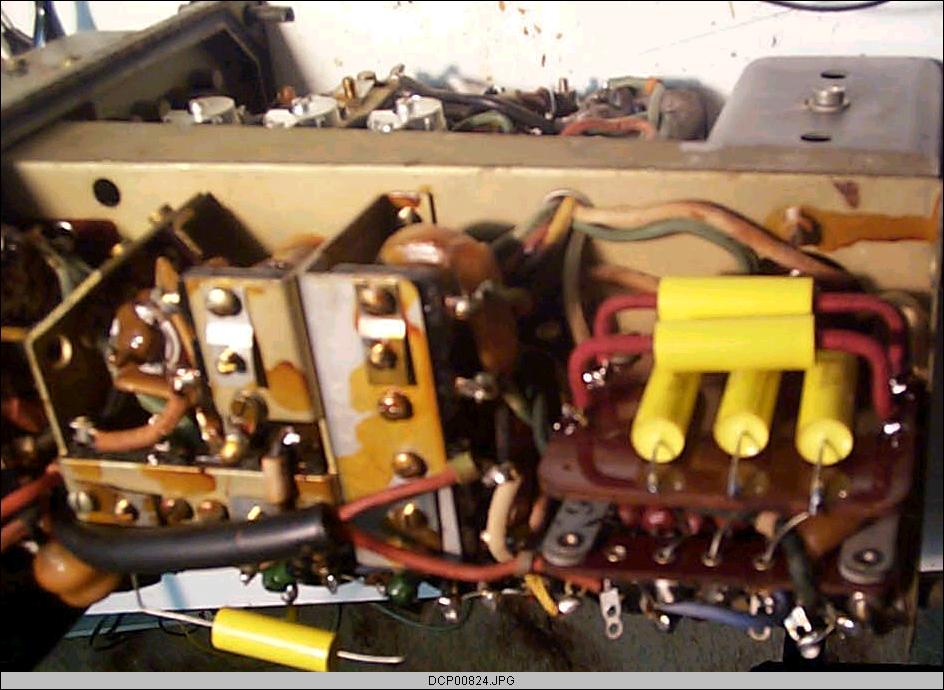